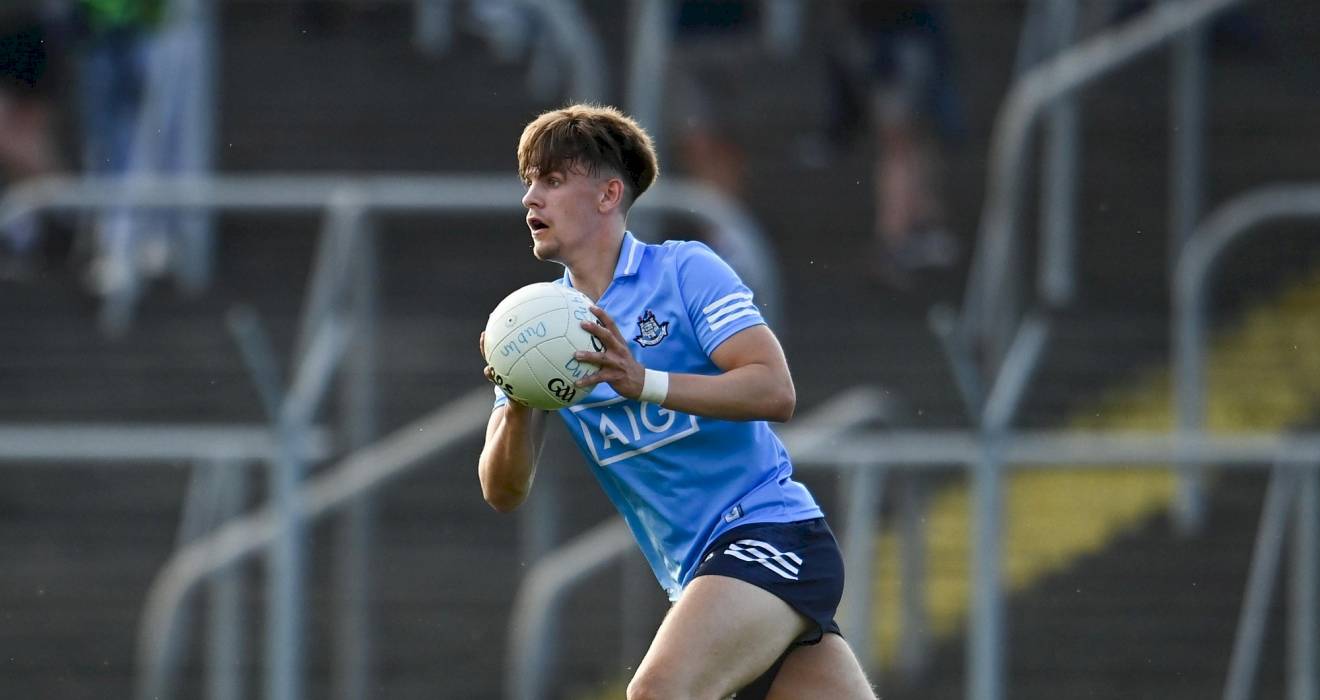 We’re focused on putting in an improved performance: U20 manager Tom Gray

Dublin under-20 footballers will be hoping to retain the Leinster title when they face Offaly in Thursday night's EirGrid Leinster U20FC final at O'Moore Park, Portlaoise (7.30).

Last week Dublin had to hold off a strong Meath comeback in Páirc Tailteann, Navan before eventually emerging victorious. Dublin led 1-5 to 0-2 at half-time and moved ten points (3-5 to 0-4) clear by the 37th minute but it took a late, late Adam Fearon goal to settle the issue after the Royals had come right back into contention.

In their quarter-final Dublin had to battle all the way before defeating Wicklow 1-12 to 1-8 in Parnell Park.

Two well-taken points in added time from Luke Swan, the only scores of the concluding quarter, settled the outcome after an action-packed encounter.

Dublin led 1-7 to 0-5 at half-time but the game turned very much in Wicklow's favour early in the second period and the game was up for grabs in the final quarter.

Reflecting on Dublin's semi-final victory, Tom Gray said: “I think you would have to look at the game in the context that plenty of Dublin teams have gone to Navan and lost, so we were happy to get over the line, one way or the other.

“We played some very incisive football at times, scoring four goals in the process, and also created a couple more goal opportunities, so we were happy with aspects of the display.

“Having said that, we obviously weren’t happy with how the second half went as we just weren’t able to get our hands on the ball and, to be fair, Meath deserve a lot of credit for the manner in which they came back at us.

“We were guilty of over-elaboration at times and we certainly suffered on our kickouts, so there’s plenty to improve on for the final.”

Offaly outscored Westmeath 0-3 to 0-1 in the final quarter of their provincial semi-final to prevail with Jack Bryant (0-7, 0-4f) and Cormac Egan (1-1) their top scorers.

“Offaly are a pacy team and are full of good footballers. It’s another knockout match and we are just focused on putting in an improved performance," said Dublin manager Tom Gray.