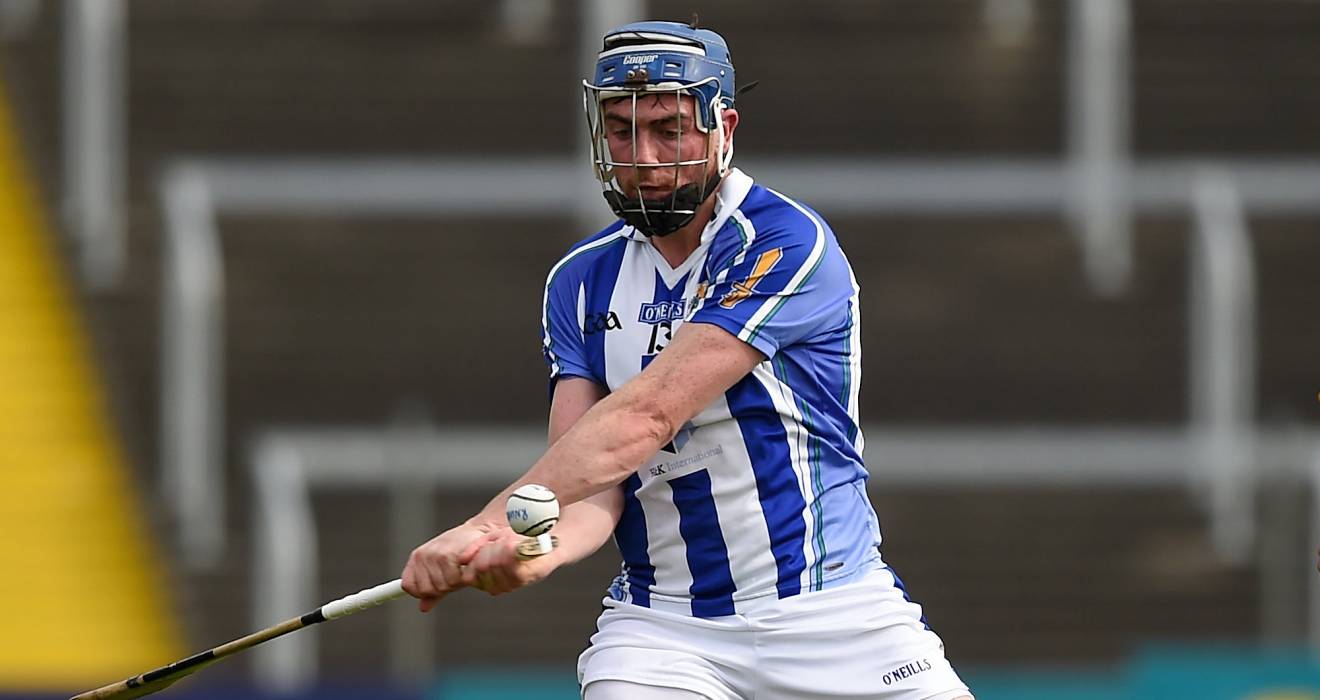 Ballyboden St Enda’s moved two points clear at the top of the Adult Hurling League Division One table with a comprehensive victory over Crumlin at Pairc Ui Murchu on Saturday evening.

With Na Fianna not in action until Monday (a re-fixed home encounter against Craobh Chiarain), this game presented ‘Boden with an ideal opportunity to create some daylight at the summit. Courtesy of powerful attacking displays by Paul Ryan, James Roche and Aidan Mellett, the defending champions comfortably secured their sixth league triumph of the campaign.

Conor McCormack chipped in with a goal in each half, while Conal Keaney also impressed after entering the fray as a half-time substitute. The veteran dual star contributed 2-3 in a dominant second half performance and is set to be a major addition for the southside club for the remainder of the season.

Adam McGreal contributed six points for Crumlin over the course of the hour, but the Pearse Park men ultimately succumbed to their third league defeat of 2018. When the sides met in last year’s Senior Hurling Championship - a group stage meeting at O’Toole Park - it was Crumlin who came out on the right side of the result.

Both teams retained eight players from the starting line-up of that gripping affair, which saw McGreal contributing a 0-5 haul for the eventual victors. He broke the deadlock on Saturday with a pointed free inside the opening minute of the action, but this was immediately cancelled out by James Roche at the opposite end.

McGreal’s successful placed-ball strike interrupted this scoring sequence, only for Ryan to open his account with a similar effort. The scoring ratio of a point per minute was carried forward by Roche and Doherty, even if the balance was beginning to tip significantly in ‘Boden’s favour.

Although Crumlin responded with a superb Kevin Elliott score at a tight angle, they subsequently conceded their maiden goal on 12 minutes. After fielding close to goal, Ryan dispatched an unstoppable shot beyond the reach of Adam Doyle.

This helped to open the floodgates, with a Ryan free supplemented by a McCormack major at the start of the second-quarter. Thanks to some excellent work in attack, Crumlin's McGreal increased his tally to five points by the 27th-minute.

Yet, as the interval approached, ‘Boden continued their pursuit of scores. Ryan and Roche contributed 1-1 salvos in quick succession - offering the home team an unassailable advantage of 18 points (4-13 to 0-7) in the process.

They carried this momentum into the second period, when Keaney was added to the forward line in place of Doherty. Crumlin had introduced Craig Gough and Owen Cotter in a bid to stem the flow of the ‘Boden attacks, but they leaked a fifth goal to Ryan shortly after the restart.

An outstanding Stephen O’Connor solo run set up Keaney for another three-pointer on 35 minutes, as ‘Boden looked to substantially increased the gap between themselves and Crumlin. Ryan, Roche, Keaney (two) and Mellett proceeded to pick off fine scores in sweltering heat at the Firhouse Road venue - leaving their recent reversal to Na Fianna firmly in the past.

Crumlin actually got the better of the Glasnevin men in a mid-June clash at Pearse Park (3-15 to 1-20) and were agonisingly close to rattling the ‘Boden net during the third-quarter.

They eventually opened their second half account with another McGreal free, though this proved to be their final score of the night. ‘Boden, on the other hand, were not prepared to rest on their laurels in the closing stages.

With a full compliment of substitutes added to the mix, they maintained their impressive energy levels up until the final whistle. Via a telling O’Neill pass, Mellett got the goal that his performance deserved 12 minutes from time.

The clinical triumvirate of Roche, Keaney and McCormack also blasted to the Crumlin net late on, bringing the curtain down on a convincing victory.

They are next in action away to Craobh Chiarain on Saturday week (July 21), while Crumlin return to top-tier fare against St Brigid’s this coming Tuesday in Pearse Park.