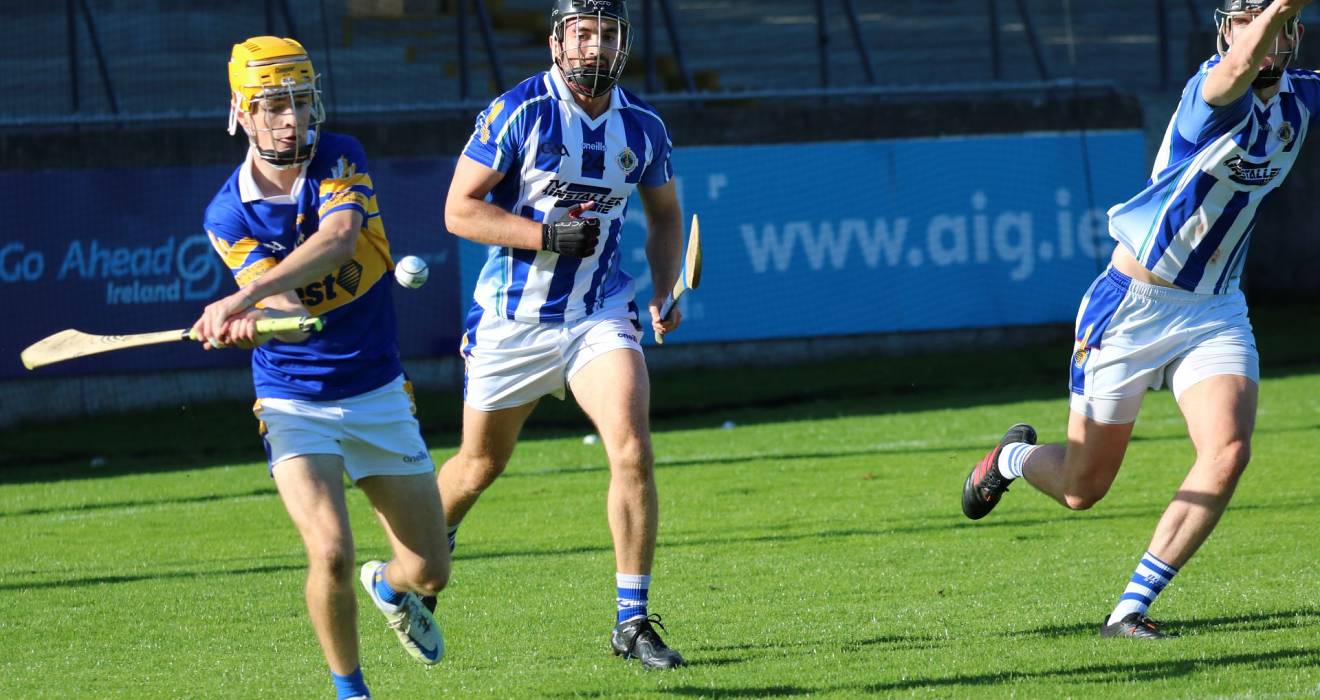 Ballinteer St John’s and Castleknock progressed to the semi-final stage of the Go Ahead Dublin Senior Two Hurling Championship courtesy of their respective victories over Kilmacud Crokes ‘B’ and Ballyboden St Enda’s ‘B’ at Parnell Park on Saturday.

Because of the bye they received in the final round of Group One, this was the first time Ballinteer had taken to the field of play since August 27 - a 1-17 to 1-15 reversal at the hands of Castleknock at Marley Park. Their last win in this year’s campaign was a fortnight before that against Naomh Fionnbarra, but John’s did enough overall to secure third place in the final standings and thus make it into the last-six of the competition.

Kilmacud, on the other hand, had seen action as recently as September 10. Their 3-16 to 2-11 triumph over Ballyboden ‘B’ on that particular date was their third in four games and ensured that second spot in Group Two was theirs for the taking. 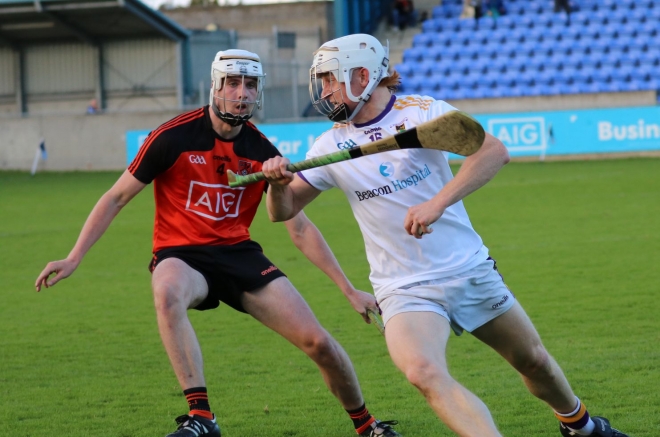 Nevertheless, both sides were evenly-matched on paper and there was little to separate them for the majority of the action in Donnycarney. While a Ger Veale point fired Crokes into an early lead, Ballinteer subsequently edged into the ascendancy courtesy of Liam O’Sullivan’s sixth-minute point.

Although John’s threatened to pull away midway through the opening period, Crokes came firing back in clinical fashion. After Sean Kinsella and Barry Wolohan had split the uprights, the Stillorgan men established a slender advantage once again.

However, Ballinteer responded with a goal from full-forward Fionan Clabby on 28 minutes to eventually bring a 1-9 to 0-11 cushion into the interval. Yet this encounter remained delicately poised and a Veale goal just three minutes after the restart saw Crokes turning the tables on their southside counterparts.

Tom Aherne went on to restore parity with a pointed free and after the two teams traded scores for a period of time, Ballinteer slowly created some daylight on the scoreboard. Liam O’Sullivan, Seamus Fenton and James Gilligan were amongst those to find the range inside the final-quarter.

Despite Crokes bagging a second goal deep into time added on, Ballinteer held out with a single point to spare and will now face Whitehall Colmcille in a forthcoming semi-final affair. This will be the second meeting between these two sides in this year’s Senior Two Championship, following an earlier group stage clash at Collins Avenue on July 20 that Whitehall won on a final margin of 1-23 to 3-12. 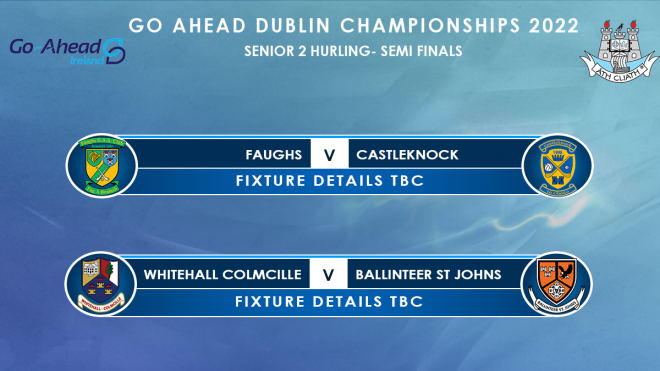 In the day’s curtain-raiser at Parnell, Castleknock recorded a hard-earned 1-18 to 1-15 success over Ballyboden St Enda’s ‘B’. Both teams had lost two games apiece in their respective groups, but Castleknock had pipped both Ballinteer and Naomh Fionnbarra into Group One’s second spot.

Like the game that followed, this duel was a hard one to call on paper. It certainly started like a tie that was going to go down to the wire, with Castleknock’s Cian Boyle and his ‘Boden counterpart Fergal Ryan knocking over two points each inside the opening seven minutes of the play.

‘Knock gradually grew in confidence, however, and developed a four-point cushion just past the 20-minute mark. After Conal Purcell and Boyle (two) had found the range in quick succession, Dublin senior footballer Ciaran Kilkenny used his vision to release Neil Hogan for a well-taken point.

Still ‘Boden remained firmly in the reckoning and when Ryan followed up a goal with a successful free, the sides were back on level terms (0-8 to 1-5) just in time for the break.

Whilst Castleknock enjoyed a strong start to the second half, Mattie Weldon and Hogan split the uprights to help ‘Boden cancel out their opponents’ buffer. Indeed, thanks to unanswered scores from Ryan (two) and Darragh Kenny during the closing-quarter, Ballyboden were a single point ahead (1-13 to 0-15) and had their sights on a place in the last-four.

That was until ‘Knock fired back with a mini blitz that ultimately got them over the line. Supplementing Cian O Dulaing and Hogan points, Senan Forker pulled a high ball to the net in the closing minutes of normal time to move his side four clear.

‘Boden battled until the bitter end, but it was Castleknock who progressed to face Faughs in the next phase of the competition.

Meanwhile, Naomh Fionnbarra and Thomas Davis retained their Senior Two status for 2023 as a consequence of triumphing in relegation play-offs at O’Toole Park on Saturday.

Whereas Naomh Fionnbarra registered a convincing 4-14 to 1-12 win against Na Fianna ‘B’, Thomas Davis were pushed all the way before finishing with one point to spare (0-21 to 3-11) over Scoil Ui Chonaill. Trailing by five points with 10 minutes remaining, Davis’ amassed 0-6 on the bounce to come through a tricky encounter.