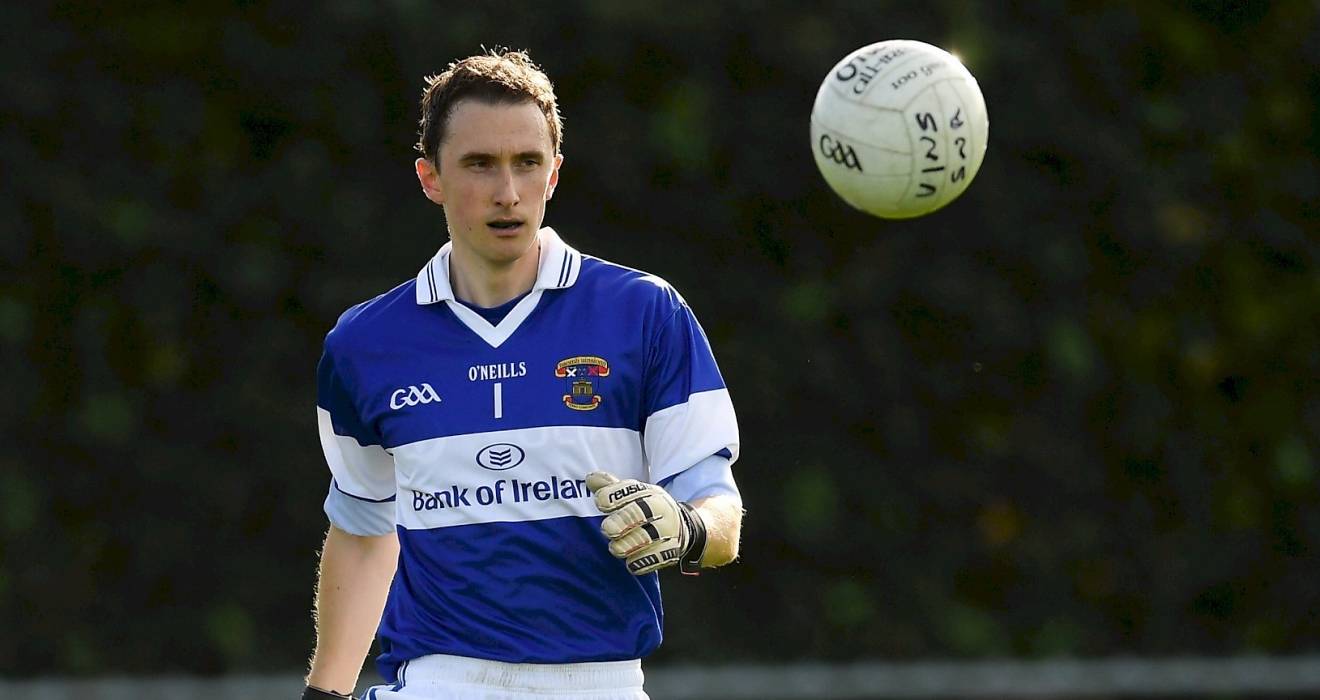 St Vincent’s and St Sylvester's will face each other in the Dublin Senior Two Football Championship final following their respective wins over St Oliver Plunkett’s/Eoghan Ruadh and St Brigid's in Parnell Park at the weekend.

First up on Saturday, Vincent’s and Oliver Plunkett’s clashed in a game that would see the winners making a swift return to the Senior One Championship in 2023.

These two clubs had previously met in the top-tier decider of 2014, when then All-Ireland champions Vincent’s retained their county title with a 0-14 to 1-10 victory. Michael Savage, Michael Concarr, Brendan Egan, Gavin Burke, Tomás Quinn and Jarlath Curley remain from that year’s Vins squad, while Plunkett’s were still able to call upon the services of Craig Dunleavy, Daragh Brogan, Gareth ‘Nesty’ Smith and Declan Lally.

Ted Furman bagged a point for Ballymun Kickhams in their Dublin SFC success over Kilmacud Crokes in 2012 and he added to a Sean Bugler opener to give his current club Plunkett’s early breathing space.

Seán Lowry and Quinn responded for Vins, before Plunkett’s attacker Irinel Popa and Lowry went on to trade scores in an eventful first quarter. Furman and Seán O’Connor later raised white flags to edge Plunkett’s back ahead in a game that was laced with emotion.

Dublin, UCD and St Vincent’s stalwart Brian Mullins sadly passed away the day before this encounter took place with tributes being paid across the GAA community to a colossal sporting figure. He was manager of the Marino men when they won their last Senior One title in 2017 and his son Nathan was lining out in the Vins engine room.

Determined to put in a big performance to honour the memory of a club legend, the Pairc Naomh Uinsionn outfit squeezed in front as the interval approached. After Quinn and Popa swapped points, a speculative delivery from William Costello found its way to the net on 26 minutes.

Lowry contributed his third point of the game from the next attack and even though Bugler doubled his own personal tally, Vincent’s brought a slender 1-5 to 0-7 buffer into the second half. As fortuitous as it was, the first half goal galvanised the Vins challenge and they pushed forward in a major way on the restart.

Supplementing Costello (free), Albert Martin and Burke points, Quinn rattled the net to move his side seven points clear in the 38th-minute. Plunkett’s looked set to receive a lifeline on the stroke of 40 minutes when they were awarded a penalty, but Savage was equal to Smith’s effort from the spot.

Despite losing Nathan Mullins to a red card moments later, Vins increased their advantage with a Shane O’Leary point. Yet Plunkett's persevered and reduced the deficit to three points with seven minutes of normal time remaining.

Bryan O’Sullivan and Furman (free) split the uprights in quick succession, before O’Connor acted as a distraction in front of goal for Conor Walsh’s under hit shot to creep into the net. Although this increased the pressure on Vincent’s, Quinn and O’Leary points helped them to settle once again.

Furman’s fourth point kept Plunkett’s in touch, only for Burke to confirm Vins’ place in the final on a scoreline of 2-12 to 1-10 with a fine score deep into stoppage-time.

Played as a curtain-raiser to the Senior One Championship semi-final between Kilmacud Crokes and Thomas Davis on Sunday, St Sylvester’s and St Brigid’s faced off in a gripping affair.

This was the second meeting between the two teams in this season’s competition, the previous one being a Group Four showdown at Russell Park that finished 0-11 to 0-7 in favour of Sylvester’s. Brigid’s bounced back from this defeat to return to the semi-final stage of the Senior Two championship for the second year running - they lost out narrowly to Templeogue Synge Street at the same point in 2021 - but it was Syls who drew first blood in this game with a free from Sean Guiden.

Alex Wright went on to cancel out a Brigid’s opener from Conor Watt, before the men from the Navan Road settled into an impressive stride. Following traded points between Kevin Callaghan and Dylan Connolly, Philly Ryan (who has represented Dublin and Tipperary in the past) knocked over a brace of quickfire frees.

While Dan Brennan reduced the deficit to the bare minimum with a place-ball effort of his own, Scott Daly and Dublin senior hurler Donnacha Ryan found the range at the opposite end. Daly had been one of the very best Brigid’s performers throughout the championship and displayed his dead-ball prowess with an earlier ’45’.

Yet despite finding themselves under pressure, Syls subsequently rallied to bring a slender 1-5 to 0-7 cushion into the interval. After Guiden had converted his second free of the half, Wright dispatched a stoppage-time penalty beyond the reach of opposition netminder Stephen Moore.

Buoyed by this strong end to the opening period, the Malahide outfit increased their lead to four on the resumption with consecutive points from Dan O’Leary, Mark Hazley and Wright. Brigid’s had passed up a number of scoring opportunities in the third-quarter and were struggling to develop the same attacking rhythm that was evident prior to the break.

Another Wright point left them further adrift, but Ryan eventually added to their tally with a free in the 49th-minute. Daly’s third of the day helped them to build further momentum and this was followed by another close-range score from Ryan to bring the gap down to two.

Given what was at stake, this tie was becoming increasingly tense and a second ’45’ off the right boot of Daly on 58 minutes only served to heighten the drama. However, Sylvester’s held their nerve as frees from Ross Keogh and Mark Hazley sealed a 1-11 to 0-11 success.